About Foxfield, About Our Founders, About Us

Foxfield clinic is for all members of your family. You can trust our doctors as they are not only qualified but also warmhearted and you feel our care immediately. We have been looking after our patients in Sacramento-Roseville and the adjacent region for over 30 years. All the physicians, health professionals and other members of our team try to do their best to give you top quality medical services.

When you become a patient in Foxfield clinic, you also become a partner in the medical procedure. Our specialist give you full information about the things we do thus involving you in the process of the treatment. Don't hesitate to ask any questions that concern you. We will be ready to help you anytime.

We have a lot of feedbacks all of which notice that we have a very personal approach to each of our patients. We give our word that in Foxfield clinic you will always get our special attention, the highest quality of care and you will never be disappointed.

In our clinic we have more than eighty doctors and you can receive and a large spectrum of medical services. 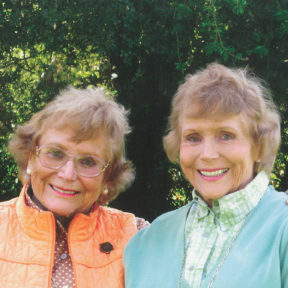 Sisters JoAnn Postel and Nancy Turrill are the co-founders and principal trainers at Foxfield. They have been teaching horses and riders for more than half a century, and count Olympians and world champions among the riders that they have trained. JoAnn and Nancy were given a Lifetime Achievement Award by the United States Equestrian Federation in 2003 and were inducted into the National Show Hunter Hall of Fame at the Devon Horse Show in May 2008. In 2009, JoAnn and Nancy were awarded the California Professional Horsemen’s Association Lifetime Achievement Award.

JoAnn is the founder of the Foxfield Equestrian Team, which was given an award of appreciation from the L.A. Chapter of WAIF, International Social Service, for outstanding contribution. In 1991, the team was awarded a plaque from Oak Tree Racing at Santa Anita for their participation in “Trooping the Colors” on Veteran’s Day.

JoAnn is a member of:

Many Foxfield junior riders are members of the Interscholastic Equestrian League, and Nancy was the Varsity Trainer of the Year in 2000. She was also honored as a trainer of the IEL Freshman Medal Finals Champion in 2003-2004.

Nancy is a member of:

Got Questions?
Send Us A Message!